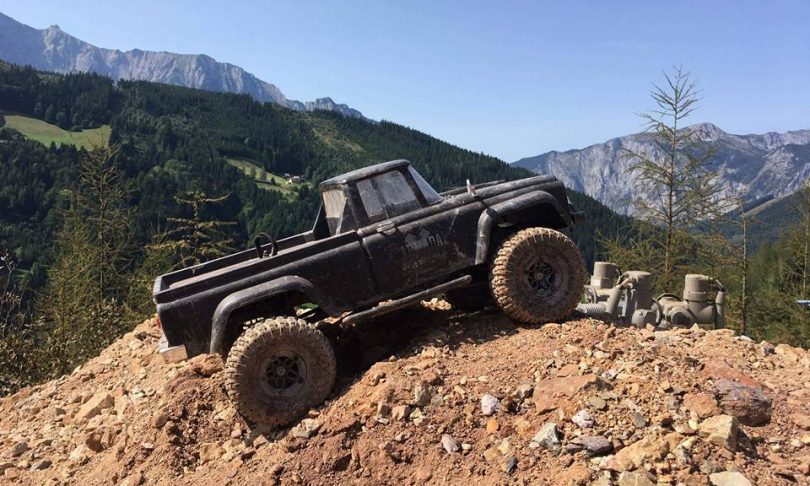 Before Carisma Scale Adventure officially announced their SCA-1E Coyote RTR, they announced big plans for its entry into the R/C world. A three-driver team was assembled with the sole purpose of piloting this rig through the 12-hour endurance event in Erzberg, Germany. “The Fix”, a true test of driver and machine, is the process used to mark vehicles and accessories as “RECON G6 Certified”. If your rig or your gear can achieve this mark, then you know you’ve done something right.

Much to my amazement, the SCA-1E Coyote RTR not only completed its run in “The Fix” but the Carisma Scale Adventure Team finished second in the overall event. A true testament to not only the durability of the rig which they were wheeling, but also the skill of those behind the controls.

As you can see from the footage above, “The Fix” isn’t a leisurely stroll through a well-groomed trail. The light-to-dark-to-light conditions alone might be enough to throw an experienced driver off of their game. To have this rig survive everything that it was put through should make this ready-to-run R/C truck very competitive with the likes of Axial, Vaterra and others. The team even had a post-enduro debrief with the one and only, Brian Parker:

Learn more about the Carisma Scale Adventure SCA-1E Coyote RTR and see more coverage of “The Fix” on the RECON G6 Facebook page..

← A Revitalized Rally Car: Traxxas Fiesta ST Rally 1/10
Unboxed: Redcat Racing’s Shredder XTE V2 R/C Monster Truck →
We use cookies on our website to give you the most relevant experience by remembering your preferences and repeat visits. By clicking “Accept”, you consent to the use of ALL the cookies.
Do not sell my personal information.
Cookie SettingsAccept
Manage consent