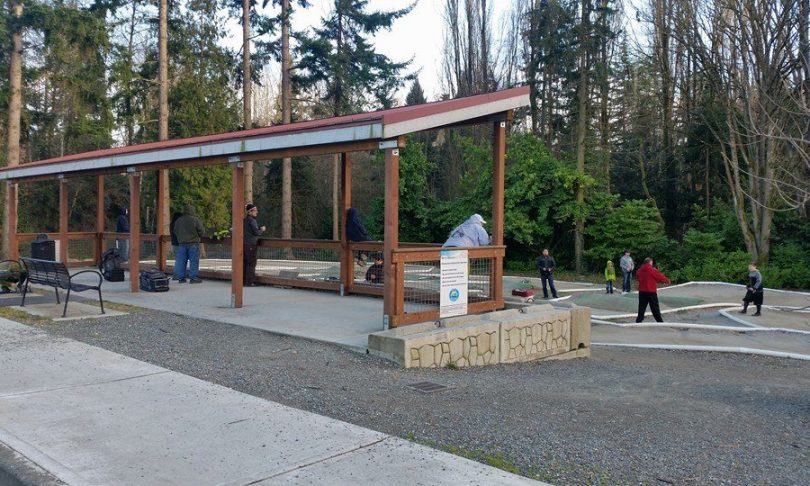 There are times when it’s tough to find that great spot to drive or race your R/C vehicle. Your yard or neighborhood may be too crowded or just too played out to provide any new excitement and fun for you and your radio-controlled machines.  Traveling in search of a new spot to run isn’t always in the cards either, which can leave some folks in the lurch.  Scott VanAntwerp of Fast Lap Hobby recently shared a story with me that I felt needed to be shared with more of you in the R/C community.

This story details the want and need for a public R/C racing facility that went from being a dream to a reality through the focus, hard work, and groups coming together to see a project through. For those of you that are looking to create a place where fellow radio-controlled hobby enthusiasts can gather and drive in your community, this story is worth paying close attention to.

The City of Seatac’s R/C Track

This journey began back in 2010 when members of the Seattle R/C Racers Club approached the City of Seatac with a proposal for outdoor off-road and on-road R/C tracks. Some key aspects to making this happen was to get support from the local city council members. Once again Seattle R/C Racers Club was up to the task. They attended council meetings and spoke on behalf of the R/C community. An agreement between the club and the city to lease and maintain an unused wooded area as a free community R/C (radio controlled vehicles) park was reached.

Once the permits were in place the city hired a contractor to clear the area ( about 150 x 70 feet for the off-road course ). The next steps were indeed slow, getting the drivers stand designed and approved along with procuring the materials took almost a year. Finally approval was granted and the plans were approved for the stand. 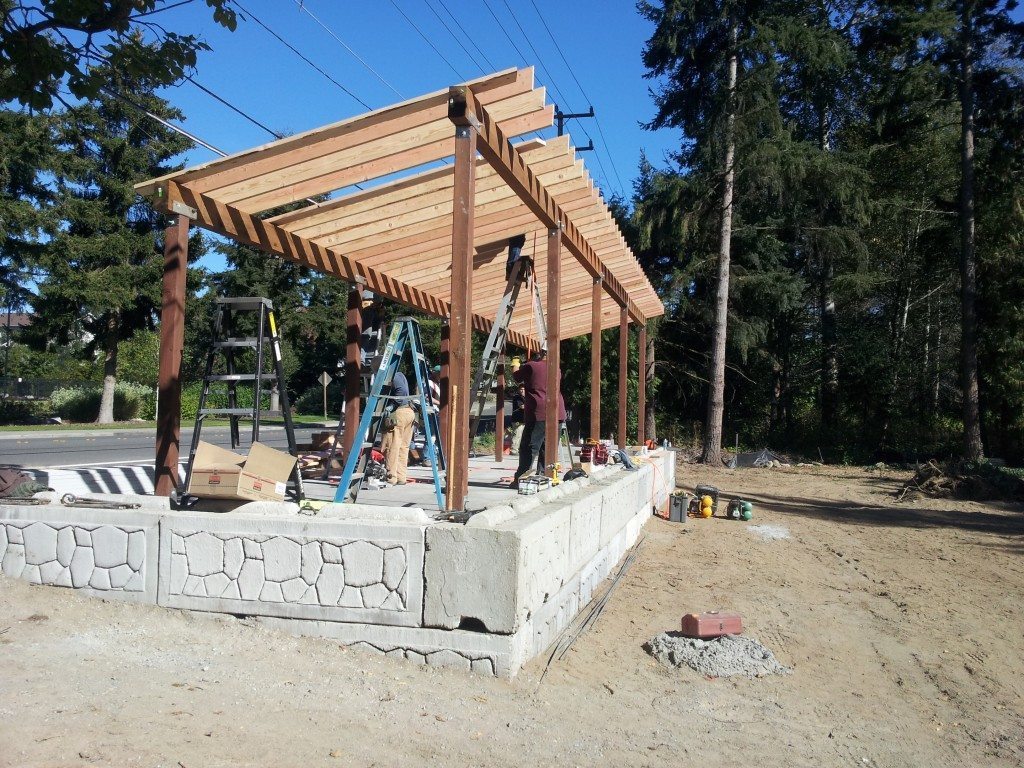 This is where I discovered the power of community and how people working with a common cause can get anything done. Through word of mouth more than 20 volunteers showed up to assist in the construction of the drivers stand roof. The stand itself was made from ecology blocks and poured concrete slab with handicap access. An angled roof built over it and railing around it and now we had an official drivers stand.

At first it was not much to write home about. But as word spread and more people took an interest, the track really started to take shape. Unfortunately it became apparent the native dirt couldn’t hold up to the constant pounding the off-road R/C vehicles dished out and it didn’t drain properly but instead became muddy when even a little bit of rain fell or water was applied.

Through trial and error a proper mix of sand and clay was finally found to hold up to the pounding of the off road R/C vehicles and it also drained well. As with most outdoor tracks there is no perfect mix but this one seems to work reasonably well and continues to work as good as can be expected for an outdoor track in the Pacific Northwest. Outdoor carpeting was added on top of the jumps and landing areas to help preserve them and give a little more traction. 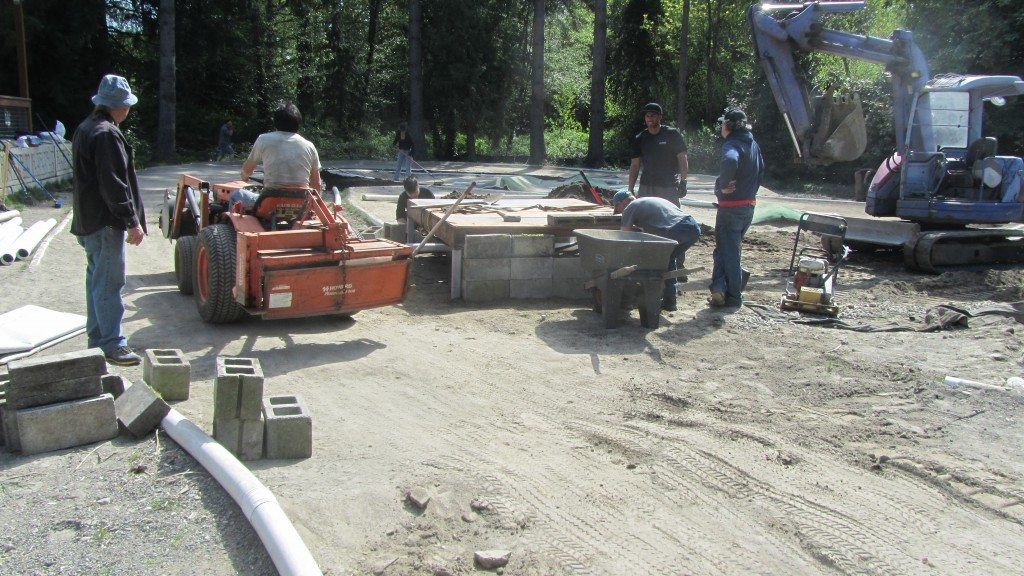 Through contributions of time and money from volunteers and financial assistance from the City of SeaTac Parks Dept. a few trucks loads of additional dirt were brought in. To date we’ve probably added 100 cubic yards of soil to the area. Purchase of tubing and other materials for course layout was also made from combined funds by individuals and the City Parks Dept. There have been and continue to be many hours of work from many volunteers to make this happen; people were determined to see it through.

The track was now usable and people began to show up on a regular basis. During the busy summer months work parties were organized to do maintenance and repairs to the track and course railing. Currently small slabs for picnic tables are being poured and BBQ pits are also being considered. 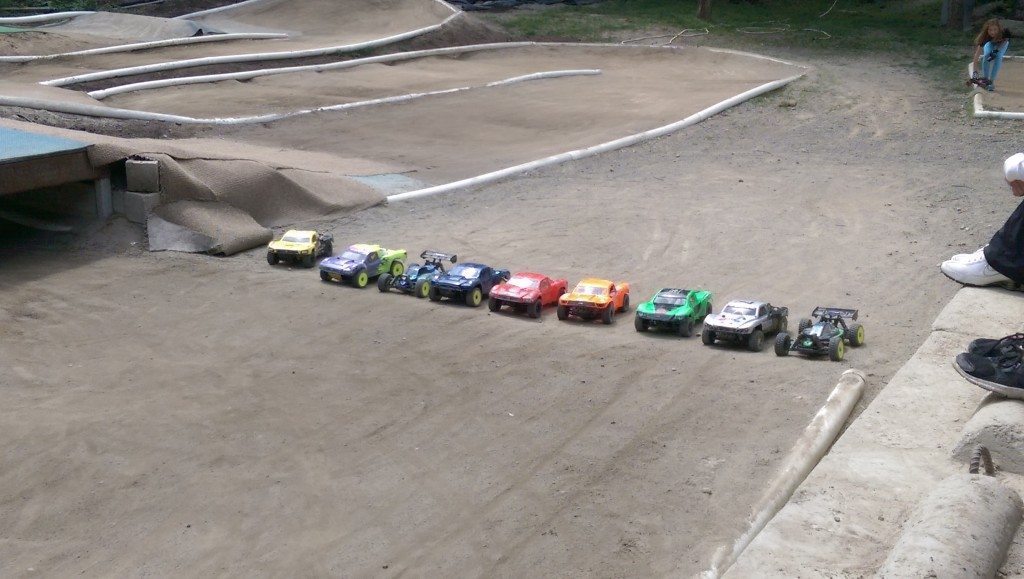 Phase two of the overall RC Park project is now underway. As I write this, the drivers stand for the on-road track is being constructed and the land cleared in preparation for the asphalt to be laid. A fund raising campaign is also being held at SeattleRCracers.com to help pay for the asphalt. The hope is that enough money can be raised to have the asphalt laid this Fall and start on-road club racing next year.

There has also been some interest in making scale, crawler and U4 courses adjacent to the off-road course but that is still in the discussion phase.

The ultimate vision for the area is to create a family friendly place where people of all ages and skill levels can come and feel welcome to enjoy, practice, race and promote to the R/C hobby that we all love so much.

* Thanks to tinyeyedpete for the amazing video. His Youtube is here.

Thanks for taking the time to read about the project, hopefully it will encourage others to do the same. If you are in the greater Seattle area and would like to get involved you can go to the Facebook page and join the RC Park Group to get information regarding ongoing and upcoming events. https://www.facebook.com/groups/northseatacrcpark/. If you’re in the area and want to check the track out in person, here is the location and directions to help you get there.

← Get Amped with the Latest Monster Truck from ECX – Amp MT
Check Out This Budget Basher from ECX – The Amp Desert Buggy →
We use cookies on our website to give you the most relevant experience by remembering your preferences and repeat visits. By clicking “Accept”, you consent to the use of ALL the cookies.
Do not sell my personal information.
Cookie SettingsAccept
Manage consent