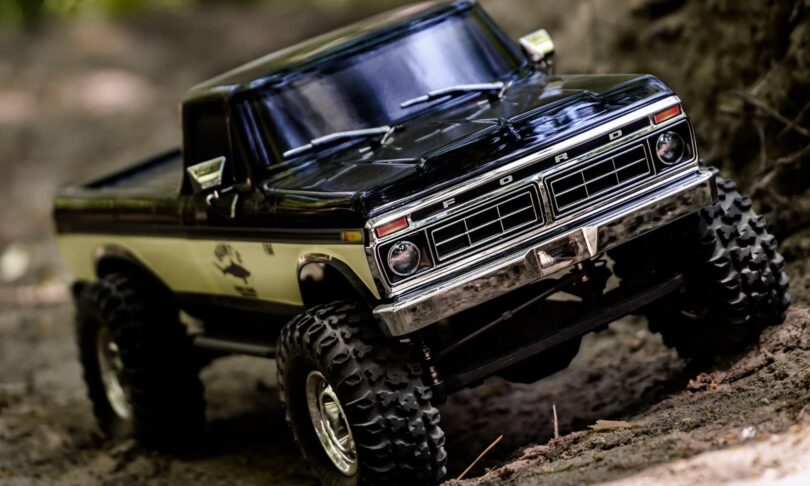 Carisma and its R/C adventure brand, Carisma Scale Adventure have been having a fantastic year filled with refreshed and re-released models. On the scale and trail side of things, their SCA-1E LWB Ford F-150 has received a new black paint job while at the same time keeping the same dependable chassis and components under the hood.

While this 1/10-scale radio-controlled trail rig remains the same under the hood, it’s always fun to see a new variation of a model in action. Thankfully, the folks at Carisma Scale Adventure have captured some action footage of their SCA-1E LWB Black Ford F-150.

The Carisma Scale Adventure SCA-1E LWB Ford F-150 has a price tag of $359.99 and is available for purchase from Carisma and its dealers. Visit carismascaleadventure.com to learn more about this model and the SCA-1E platform.

← Tamiya Super Avante R/C Buggy Kit
Get to Know Tamiya’s Upcoming Super Avante Kit and TD-4 Chassis [Video] →
We use cookies on our website to give you the most relevant experience by remembering your preferences and repeat visits. By clicking “Accept”, you consent to the use of ALL the cookies.
Do not sell my personal information.
Cookie SettingsAccept
Manage consent