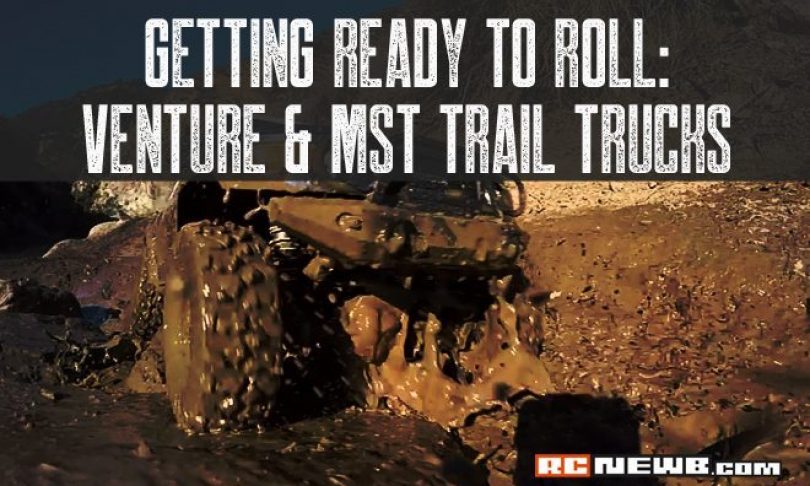 “Two’s a party, three’s a crowd.” While that’s true for a few things in life, you can never have too many brands bringing quality R/C vehicles to the marketplace. In the past few years, scale realism and outdoor “adventure” radio-control vehicles have taken on a life of their own and have grown not only in their popularity but also in the passion. With the bigger names having established firm footing in this once-rocky terrain, Axial and Vaterra, and RC4WD will soon need to make room at the table for two more names.

MST (Max Speed Technology), known for their scale R/C drift cars, is making a push into off-road with their yet-to-be-released CMX trail truck lineup. With three different body styles (Ford Bronco, Toyota LC40, and Mercedes-Benz Unimog) While very few details and a handful of renderings have been released on this vehicle, there seems to be a decent amount of interest in it from those in the hobby. Hopes seem to be pegged on the amount of detail and quality that are put into MST’s drift cars and the thought that this craftsmanship will be carried over into their first scale off-road entry.

Not to be left out from the fun, HPI Racing, known for not only their strong general hobby brand but also their racing and performance prowess, has begun to rev their scale/trail engine for 2016 with their Venture RC platform and brand. This line was a bit of a mystery when it was teased and announced by Big Squid RC and speculation was rampant as to what major brand was behind this new entry into the off-road arena. While many had circled Traxxas as the parent company behind Venture, it was revealed that HPI was, in fact, the one preparing to tackle this challenge.

With a very sleek, well-designed Toyota FJ Cruiser body, the first entry from Venture should have fans of scale detail and realism foaming at the mouth and eagerly trying to get a closer look at one of these rigs. I can say for certain that I am in that camp.

As with any pre-announcement or type of hype, only time will tell if the actual product that is brought to market will stand up to the established veterans. Axial and most-recently Vaterra, have carved out niche markets and have very loyal followings. Whether or not these new entrants are able to stir up enough interest to cause die-hard brand loyalists to “break ranks” remains to be seen.

Get caught up on the latest news on MST and Venture:

← Unboxing: The HG P402 1/10 Scale RC Crawler [Video]
Select Traxxas Stampede & E-Maxx Models Receive Self-Righting Feature →
We use cookies on our website to give you the most relevant experience by remembering your preferences and repeat visits. By clicking “Accept”, you consent to the use of ALL the cookies.
Do not sell my personal information.
Cookie SettingsAccept
Manage consent