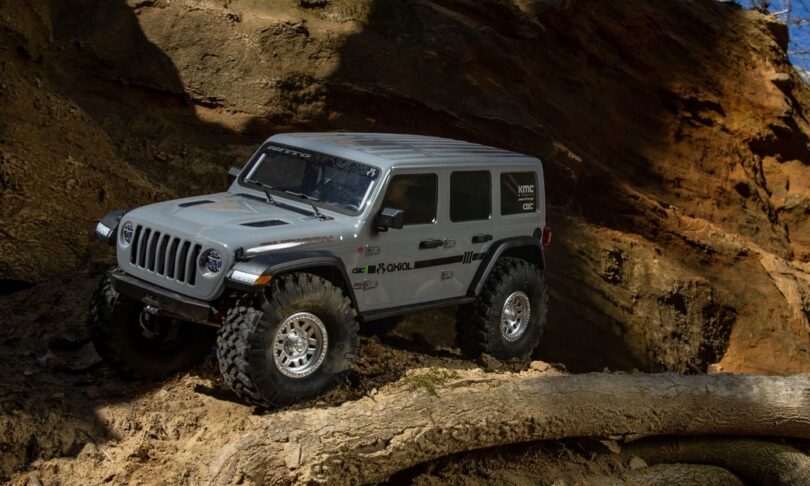 As soon as the Axial SCX10 III Kit was unveiled earlier this year, you knew that a ready-to-run (RTR) model had to be following in its tire tracks. Sure enough, a few short months after the kit was announced, the SCX10 III RTR has arrived on the scene.

Featuring a beautifully-crafted Jeep Wrangler Rubicon JLU body and plenty of performance packed in under the hood, this truck has become an instant hit among scale R/C enthusiasts. If you’re still on the fence about adding this rig to your R/C lineup, check out this fun action footage that was put together by the Axial crew.

Whether you’re itching to build a new kit or want to hit the trail running with an RTR model, the SCX10 III should have you covered on all fronts. For more details about the Axial SCX10 III Jeep Wrangler Rubicon JLU RTR, visit axialracing.com.

← Pro-Line Pre-Cut 1967 Ford F-100 Heatwave Edition Tough-Color Short Course Truck Body
Get Your Large-scale Machine Moving with Castle Creations 1717 Sensored Motor →
We use cookies on our website to give you the most relevant experience by remembering your preferences and repeat visits. By clicking “Accept”, you consent to the use of ALL the cookies.
Do not sell my personal information.
Cookie SettingsAccept
Manage consent