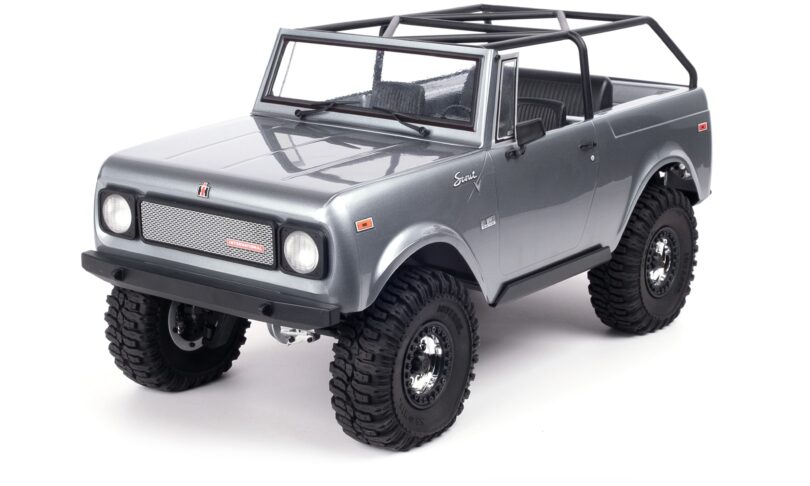 Taking what they’ve learned from the Gen8, Redcat’s Gen9 aims to improve the trail and crawling performance thanks to its V3 portal axles, two-speed transmission and increased steering and approach angles. With its slightly smaller body with an open cockpit and roll cage, this rig is primed for customization and scale accessories. The Redcat Gen9 has a three-piece polycarbonate body available in two color options (metallic blue and titanium) and features LED-ready light buckets right out of the box.

On the topic of the body, Redcat has engineered a new mounting system that latches in the front and rear, allowing the front-mounted latches to be turned and released, pivoting the body toward the back for easy removal.

If you’re familiar with the previous version of Redcat’s trail machine, there’s plenty of recognizable real estate under the hood. Most of the layout is carried over from the Gen8, with the addition of the two-speed transmission and shifting servo, revised body mounting system, and rock light ports.

Another new element on this rig is its tires and wheels. Rolling on 1.9″ Interco SS M16 tires and plastic beadlock wheels. There’s also a faux outer beadlock ring, giving this machine even more visual dressing than the original.

Priced at $399.99, the Redcat Gen9 International Scout 800A will be available from Redcat and its dealers. Visit redcatracing.com to learn more about this 1/10-scale radio-controlled trail truck.

← PROTOform 1/10-scale Speed3 Clear Body for 190mm FWD Touring Cars
See it in Action: Redcat Gen9 International Scout 800A [Video] →
We use cookies on our website to give you the most relevant experience by remembering your preferences and repeat visits. By clicking “Accept”, you consent to the use of ALL the cookies.
Do not sell my personal information.
Cookie SettingsAccept
Manage consent