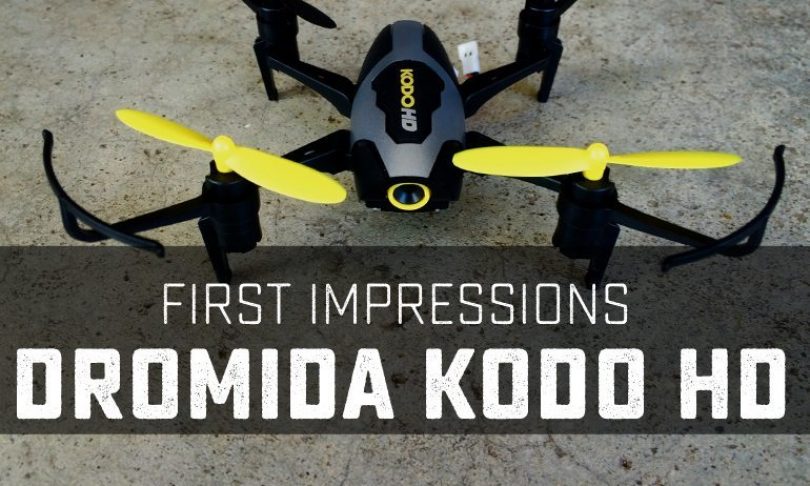 “Learning to fly, but I ain’t got wings…”

Throughout my time in the R/C hobby, I have remained grounded. I’m not referring to ego or personality, but vehicle type. Surface vehicles were where it was at. Radio-controlled cars and trucks are what got me hooked on the hobby and they were going to be my “bread and butter” For years to come. I was perfectly fine with that rationale, until I saw the popularity and interest growing around quadcopters and multi-rotor aircraft.

Prior to the quadcopter boom, I’ve never had a major interest in R/C aircraft of any type, whether it was a helicopter, airplane, or rocket. Many years ago, I had a brief (very brief) experience with a gas-powered, string-controlled airplane. The flight ended shortly after takeoff, and the result was not pretty. Keeping the rubber on the road, my love of the automobile fit perfectly with surface radio-controlled machines. 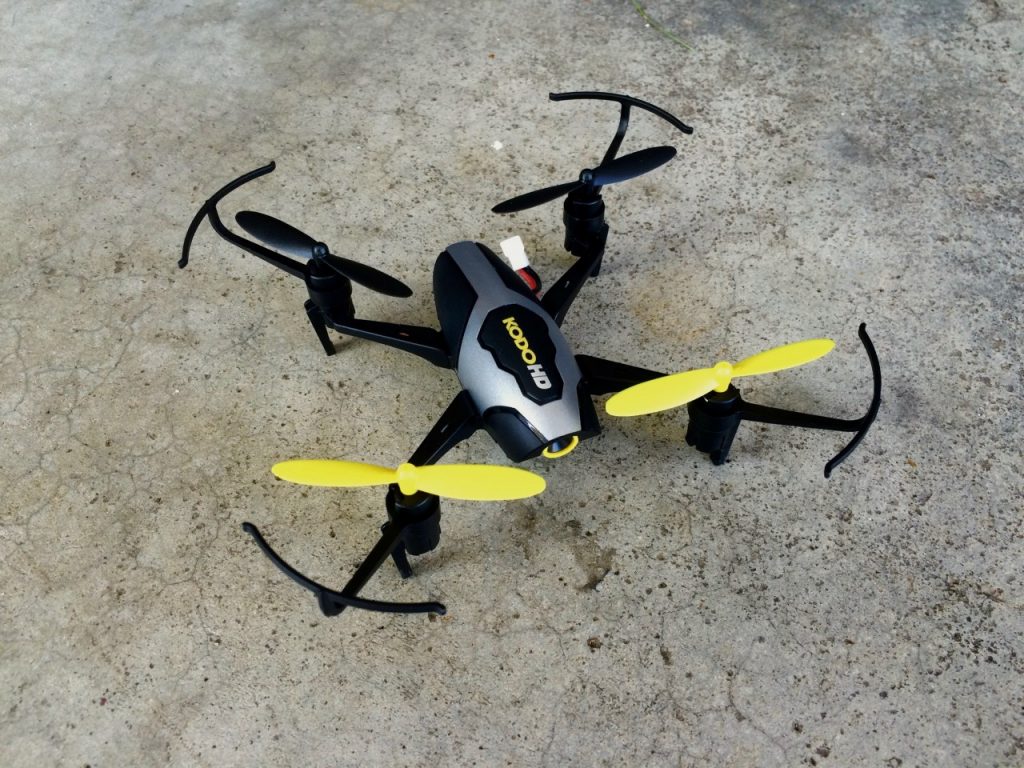 A little over a year ago, I had my first experience flying a quadcopter and, to my surprise, it went rather well. With that “test” under my belt, the seed of quadcopter ownership had been planted. I recently wrote about a few entry-level multi-rotor aircraft from Dromida, both of which look like great craft for first-time pilots. After watching a review of the Dromida KODO HD by Rich at 2RCPRODUCTIONS, my mind was made up. It was time to fly.

A First for Flight

There were a number of aspects that drew me to the KODO HD. This refreshed KODO model has undergone a facelift, equipping it with a sleek airframe and 1080p, full HD camera. While not a true, in-flight FPV (first person view) aircraft, the ability to capture video and photos of my in-air adventures is a great bonus. Marrying that function to this smaller, presumably nimble craft was too good to pass up. On top of the specs, the price, just shy of $60, was the proverbial cherry on top.

At the time of this writing, I’ve had a few opportunities to try my hand at the KODO HD. Drawing out my inexperience from the quality of the aircraft is an element that I’m being mindful of, however, there are a few areas that stand out to me with this model. Some are good and others could stand improvement. 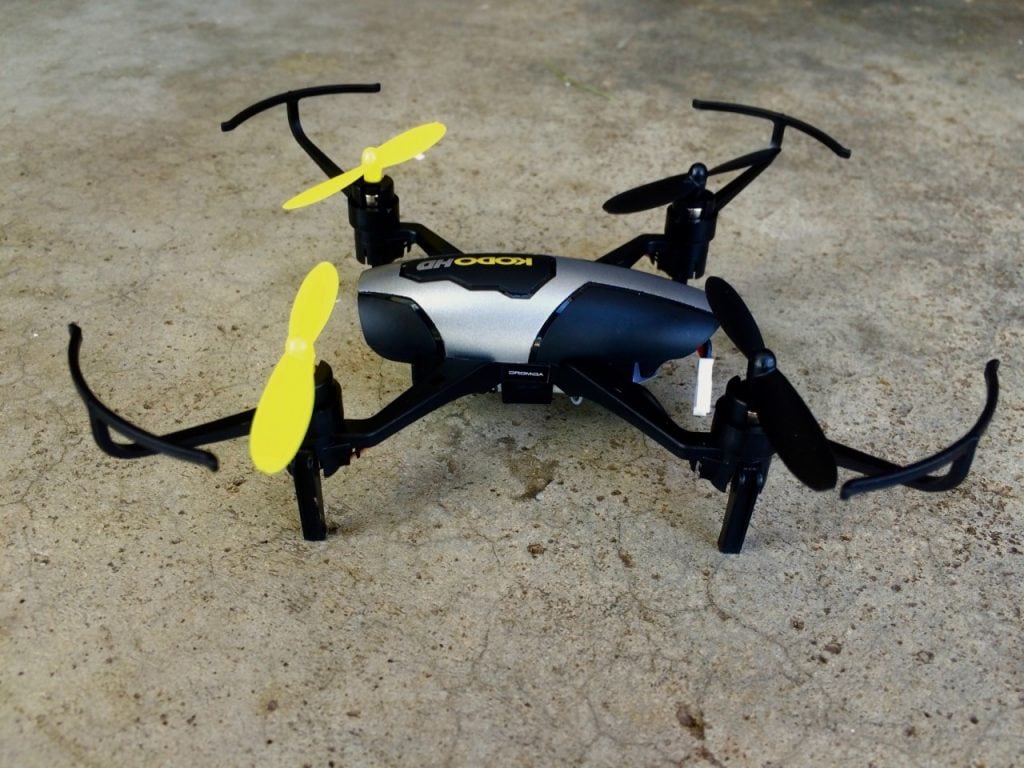 The frame of the aircraft is durable, an aspect that has been tested through a number of higher-altitude drops and spinning impacts. Through every incident, the craft has remained intact. The only mechanical issue that occurred was a propeller becoming separated. Thankfully, reuniting this piece is simple and I was back in the air quickly.

During my earlier flights, I found myself searching for the sweet spot regarding the trim settings. You can fly this aircraft outdoors, however, slight wind and breezes can quickly affect your flight pattern if you’re not careful. The small size of the KODO HD (106mm) allows it to be a versatile flyer for use both indoors and out. 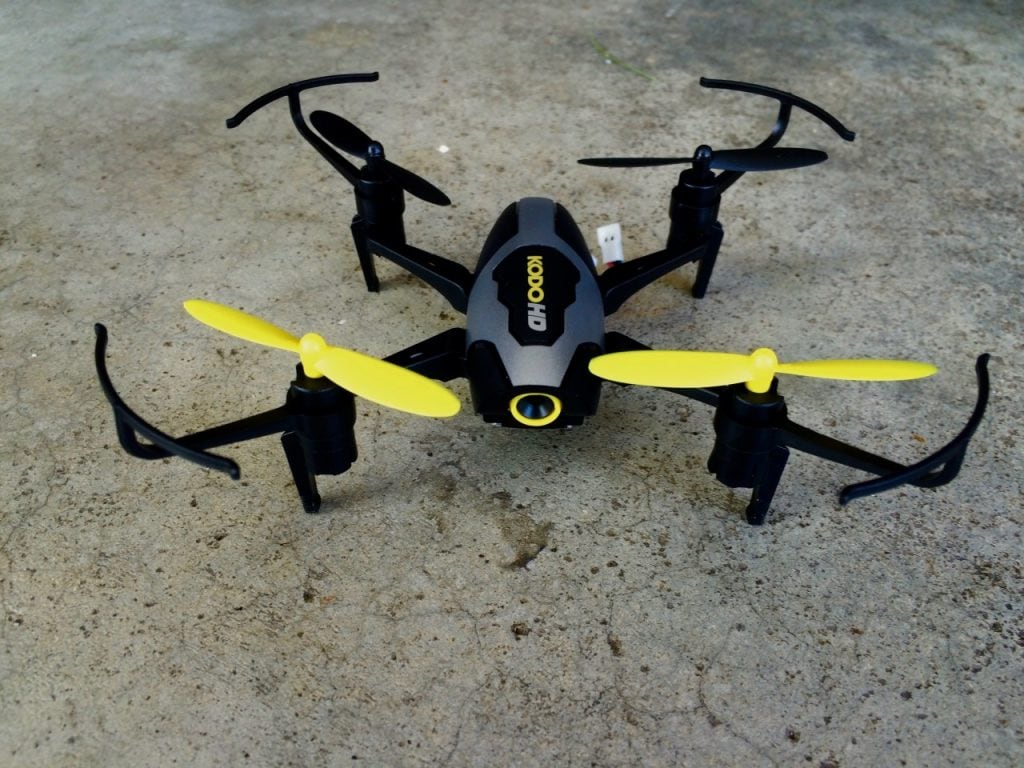 While this isn’t a complete review, there are a number of items that I wanted to highlight if you’re in the market for your own entry-level quadcopter. 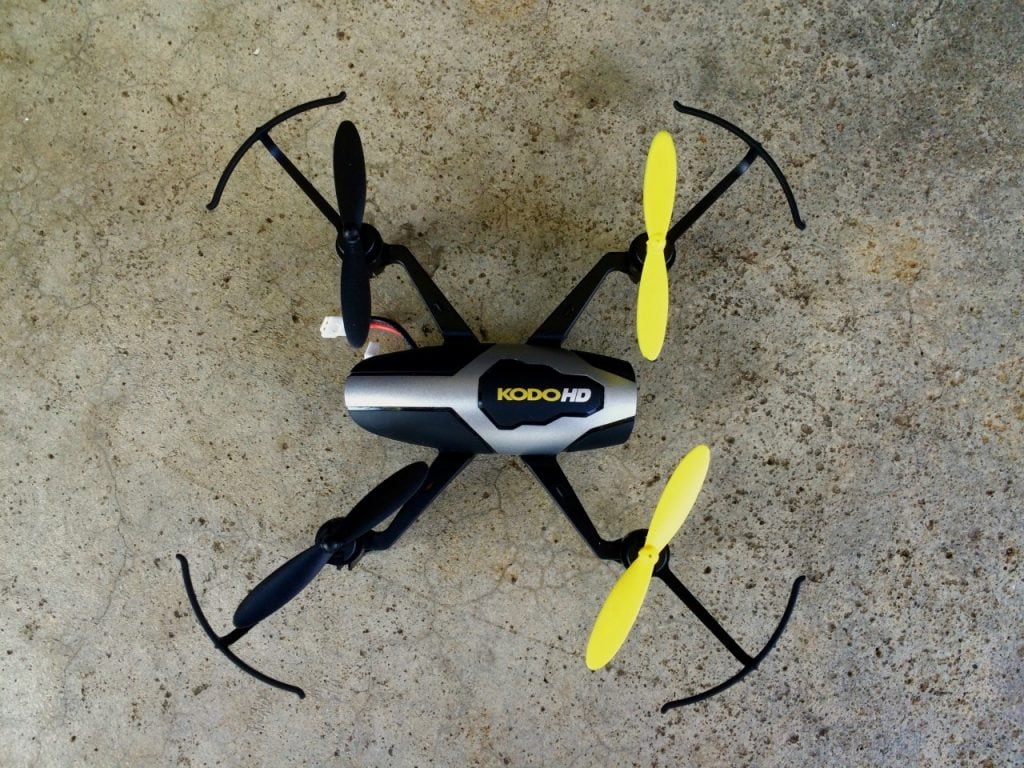 All-in-all, I am quite pleased with the quality of this quadcopter. The build is solid and the airframe is durable and has held up to my “newbie pilot” status. My biggest obstacle in mastering this aircraft has been adjusting my muscle memory to accept a new controller configuration. Thankfully, with practice and a helpful iPad app (which I will dive into soon), I feel that I’m getting the hang of flight. Slowly but surely.

← Pro-Line Releases Six New Pre-mounted Tire and Wheel Combinations
Race Report: Thumb RC Summer Series – Round Two →
We use cookies on our website to give you the most relevant experience by remembering your preferences and repeat visits. By clicking “Accept”, you consent to the use of ALL the cookies.
Do not sell my personal information.
Cookie SettingsAccept
Manage consent