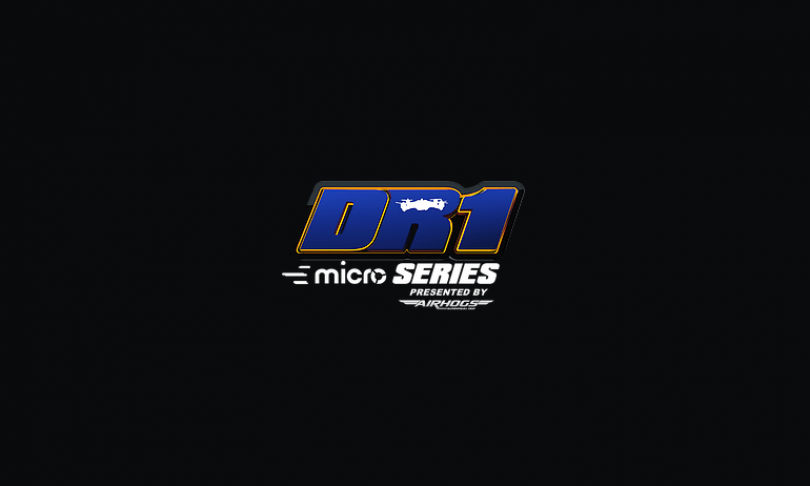 When you think of drone racing, the first image to pop into your head is probably that of performance-bred, fine-tuned aircraft. While that’s been the standard visual for competitive multi-rotor competition, DR1 is adding a new series in the hopes of growing the sport.

The DR1 Micro Series, presented by AirHogs, features a number of well-known quadcopter racing pilots who tackle challenging courses behind the controls of micro, multi-rotor aircraft.

The “microdrones” being flown in this series weigh 24 grams and are 66mm long (motor to motor). Top speed for these aircraft range between 20 to 25mph, which is a far cry from the 99+ that can be achieved with a traditional FPV quadcopter racer.

If you’re familiar with the Blade Inductrix, Tiny Whoop, or similarly-styled radio-controlled quadcopters, then you know the basics of what’s being flown in the DR1 Micro Series.

Five teams take part in the series, which appears to be gearing up for its first events. For those of you that have watched competitive quadcopter races in the past, you may recognize some of the names participating in this new series.

Even though the DR1 Micro Series aircraft lack the raw speed of traditional FPV racing quads, the fact that courses can be set up just about anywhere and competitions can be held in a greater number of locations, is a unique twist. I’ve become an eager spectator of FPV racing and look forward to seeing how this micro-based series does after takeoff.

Learn more about the DR1 Racing Micro Series at dr1racing.tv.

← R/C Hobbyist Spotlight: Chris Rappel
The Drone Racing League’s Racer3 is Ready for Competition →
We use cookies on our website to give you the most relevant experience by remembering your preferences and repeat visits. By clicking “Accept”, you consent to the use of ALL the cookies.
Do not sell my personal information.
Cookie SettingsAccept
Manage consent