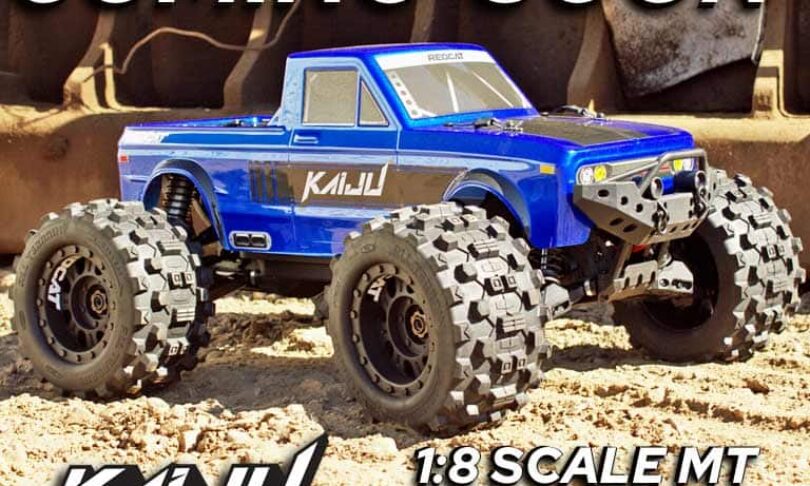 Although they’ve been focused on their scale trail offerings, Redcat Racing hasn’t forgotten about the basher crowd. They’re teasing a new, 1/8-scale, ready-to-run (RTR) monster truck named “Kaiju” and it appears to have an appetite for power.

Based on the details shown on their teaser pic, this beast has a bounty of beefy components, including suspension arms, bumpers, shocks, wheels and tires. That amped-up armor should come in handy, as the Kaiju is capable of handling 6S LiPo battery power.

In the looks department, the Kaiju monster truck features a classic pickup truck body with at least one color option (blue). While no additional details have been released about this model, I’ve seen enough to have my interest piqued.

Stay tuned as more information about the Redcat Racing Kaiju is released.

← Tekno RC EB48 2.0 1/8-scale Competition Buggy Kit
Get Ready to Pack Up and Hit the Trail with CarryAll-RC →
We use cookies on our website to give you the most relevant experience by remembering your preferences and repeat visits. By clicking “Accept”, you consent to the use of ALL the cookies.
Do not sell my personal information.
Cookie SettingsAccept
Manage consent