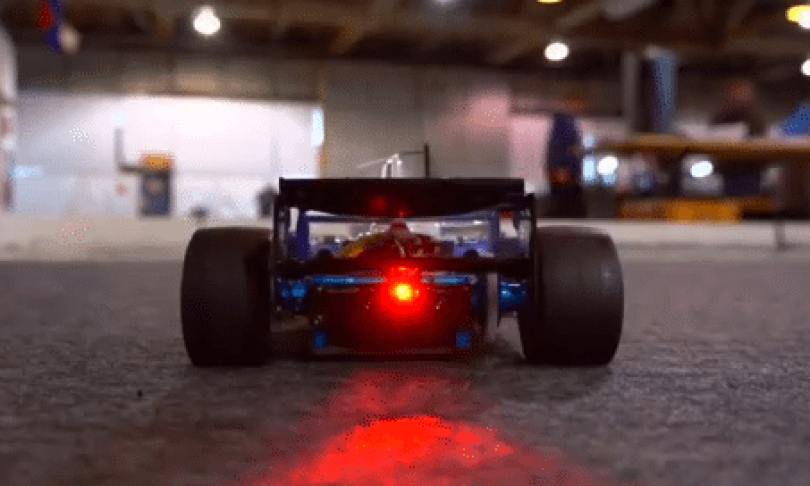 Ah, the documentary. When you’re a kid, you shudder at hearing that word mentioned, namely because you know you’re in for an eternity of lima bean footage or an investigation on how crayons are made (which is actually somewhat interesting). As you get older, your tastes grow and if you like to tinker and tweak and find out how things work, the documentary can be a useful asset. Some of them can also be entertaining.

For those about to rock…sorry, for those about to hit the track with their R/C cars, there are a few documentaries that might interest you. The first, and the most-recent is a series titled Come Drive With Us.

This documentary series focuses on the world of competitive Radio Control Car Racing. We start our story in Edmonton, Alberta, Canada focusing on a pair of sponsored drivers; Peter Tozer & Wayne Mah. We caught up to Peter & Wayne at the 2nd leg of the WCICS (Western Canadian Indoor Carpet Series).

This series is produced by Cory Drachenberg and offers a look at the people and places that host amazing R/C car races. While the facilities are interesting, it’s the view into who these racers are and what drives them that I find to be the most-interesting. There’s also a nice sprinkle of history for those tat are getting up to speed with the hobby and the industry.

If you like what you’ve seen, be sure to check out the other installments as they are released.  For those that are looking for even more R/C action to watch, check out Carpet Racers: A Crash Course (by Jay Thames), available on iTunes and Amazon.

← Asiatees: products for all your R/C needs
Reviewing Topcad’s Piggyback Shocks for the Axial SCX10 →
We use cookies on our website to give you the most relevant experience by remembering your preferences and repeat visits. By clicking “Accept”, you consent to the use of ALL the cookies.
Do not sell my personal information.
Cookie SettingsAccept
Manage consent