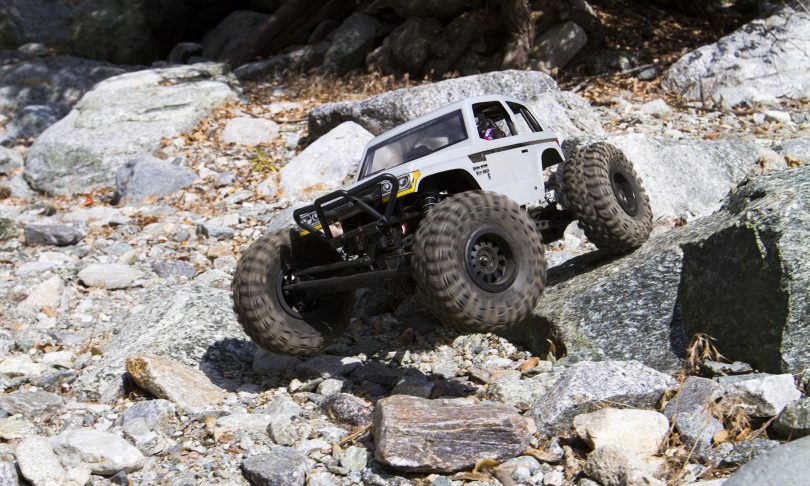 Axial, who seems to be gunning for the “most releases in a year” number that Traxxas put up a few years ago, has released another new vehicle in their already well-stocked lineup. Fans of the Wraith rock racer now have a new model to look into, the Wraith Spawn 1/10th Scale Electric 4WD – RTR.

As the name implies, this is an ready-to-run offering that has some exterior differences when compared to the original Wraith RTR. The easiest difference to spot is the new, full-body that was given to the Wraith Spawn. Where the Wraith used individual body panels for most of the exterior cladding, the new Spawn variant uses a full Lexan lid to take care of the cosmetic end of things.

The past few releases from Axial have been in the vein of rock racing (with the Yeti and Yeti XL) and this variation in the Wraith lineup is no different.

For me, the Wraith has been a vehicle that has slowly piqued my interest, and I’ve considered adding one to my R/C garage.  The price on the Wraith Spawn is set at $369.99 (for comparisioin, the Wraith RTR is $399.99), which isn’t too far off the mark, considering the amount of performance that you’re getting with it.

← R/C Tips, Tricks & Questions – October 24, 2014
Crawler Innovations Testing by UK Scale & Crawler [Video] →
We use cookies on our website to give you the most relevant experience by remembering your preferences and repeat visits. By clicking “Accept”, you consent to the use of ALL the cookies.
Do not sell my personal information.
Cookie SettingsAccept
Manage consent