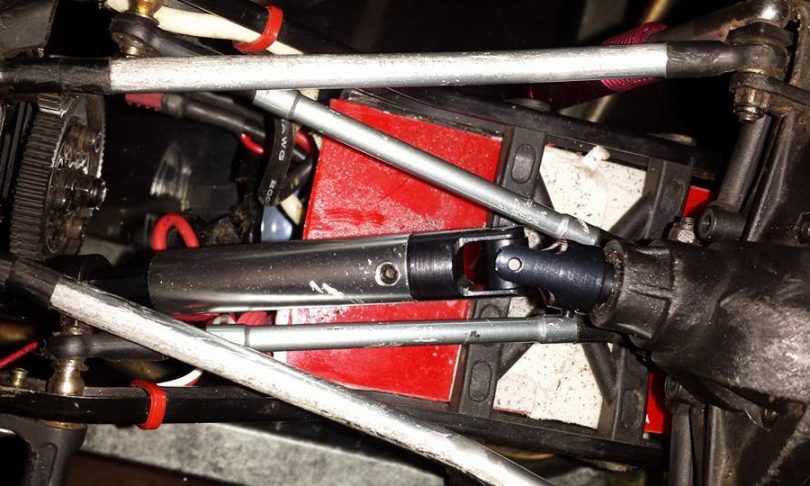 Matthew Horsley is sponsored by Asiatees.com and provides reviews and insight into the products he purchases through their site.  Any product reviews are not influenced by this sponsorship.

Hi guys i just thought i would share my experience with you all.

I ordered some parts from Asiatees 6 days ago and they turned up yesterday when I opened the package I was more than made up with what I could see.

I have been running an Axial SCX10 for the last 12 months some people will have seen the build thread and pictures some may not have, anyway when I built the rig I used Junfac prop shafts as that’s what a lot of people recommended. Since having the shafts I have snapped several pins so I decided to get some new ones. I ordered the Topcad HD ones and they seem so much better they are a lot thicker than the Junfac ones in every way.   Also, the shaft has a hex on it for the prop so it has got a lot less slop in it, compared to those from Junfac.  Here are some pics:

From initial testing of both items they both seem to be really good quality and have stood up to what I have put them through so far which is rocks, mud, water. so go and check out there site guys they have lots of items for lots of different cars and as I said the postage and charges is quick compared to most other company’s in china here is the web address: WWW.ASIATEES.COM

← Traxxas releases LCG conversion kit for the 2wd Slash, but is it too late?
Come Drive With Us – A documentary series on R/C racing. →
We use cookies on our website to give you the most relevant experience by remembering your preferences and repeat visits. By clicking “Accept”, you consent to the use of ALL the cookies.
Do not sell my personal information.
Cookie SettingsAccept
Manage consent