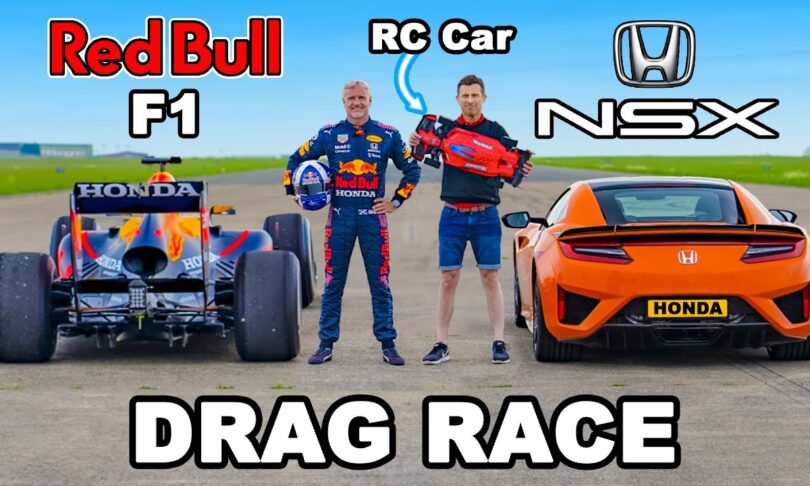 R/C enthusiasts know how much speed and performance is possible from our cars, especially with the right components and tuning. Far from being “toys”, hobby-grade radio-controlled cars can pack a powerful punch and in some cases, stand toe-to-toe with full-size cars. So what happens when a lightning-fast R/C car is pitted against two performance-bred, 1:1 cars? That’s the question ARRMA set out to answer when they challenged a Honda NSX and one of Team Red Bull’s F1 cars to a race.

For this speed-driven experiment, ARRMA’s Limitless took on a Honda NSX and Red Bull’s RB7. Sold as a rolling chassis, the exact details of the components used in the Limitless aren’t disclosed. That said, after watching the series of races that it’s put through, it’s not too shabby.

If this video has you itching to build your own Limitless speed demon, you can learn more at arrma-rc.com.

← Road Ripper: Maverick QuantumR Flux 4S Street Truck
Abisma Releases the Sherpa Pro 1/10-scale R/C Crawler →
We use cookies on our website to give you the most relevant experience by remembering your preferences and repeat visits. By clicking “Accept”, you consent to the use of ALL the cookies.
Do not sell my personal information.
Cookie SettingsAccept
Manage consent